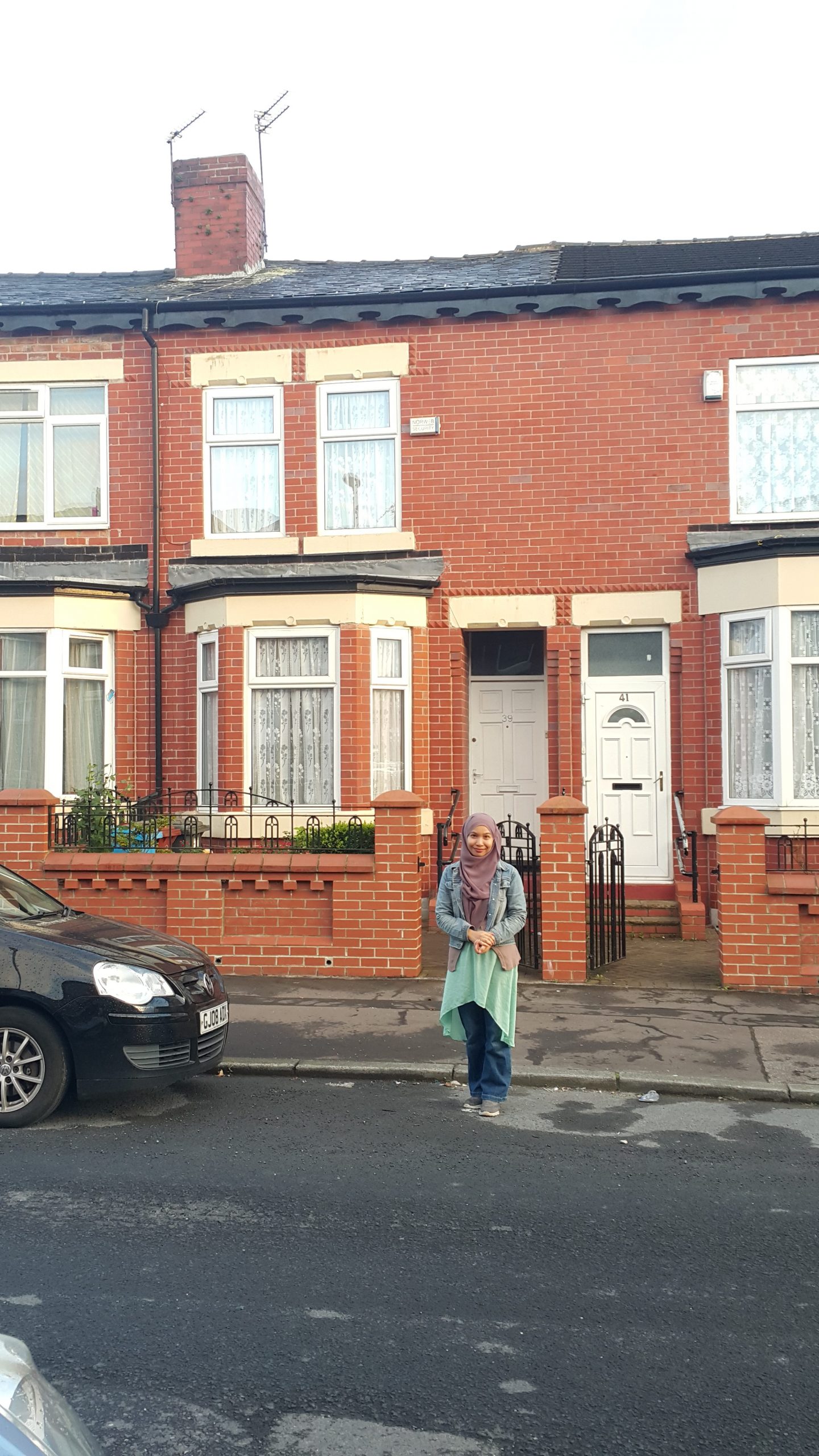 My First Day at School in Manchester

At the age of eight, my family and I moved to the United Kingdom. This was the start of our eight-year journey in an English-speaking land — my father was pursuing his higher education while the rest of us five siblings (all girls) and mother (homemaker)  began to carve* our life in the multicultural city of Manchester.

We settled in a small, fully furnished, red-brick terrace house. The house kept us happy and warm even in freezing temperatures. Over the years, Mama cheered the house up with her fabulous cooking and baking. We also welcomed two more siblings and two white British cats into our home. (The picture above is our home in Manchester after I was lucky enough to go back and visit in 2016!)

Papa sent us to a nearby school. St. Marks was an ominous*-looking building, shaped almost like a cathedral. The narrow, dark stairways reminded me of dungeons, while the large classrooms were the exact opposite: they were brightly lit and decorated with the pupils’ hand-drawn artwork and murals*. Unlike primary schools in Malaysia, we didn’t have a school uniform, so I wore simple sweaters and jeans underneath my maroon coat every day.

On my first day of class, it struck me how mature my eight-year-old peers were. It was a multi-ethnic class; my classmates were mostly Pakistanis, and so was my teacher. They’d speak to our teacher as if they were friends! In confident, loud, Manchester-accented voices, they’d say: “How are yeuu, sir?”, “Mornin’!”, “Ye aww right, sir?”

There I was seated at the girls’ table, tiny and shy. Everybody was big-boned and a head taller than me. I could barely speak a word of English. I had watched English cartoons and had English-speaking neighbours back in Malaysia, but I rarely used English at home.

Luckily, my classmates were very friendly. They thought I was a polite, shy, little Malay girl. The girls asked me how to say their names in Malay. A boy came to my table and asked me if I lived in a house on top of a tree in a rainforest.

“Don’t be daft!” the girl at my table snapped* at him, dismissing the boy’s curiosity. Then she turned to me and said, “So, how do you say my name in your language?” (Let me remind you, we were eight.)

My teacher, the kind Mr. Fadzil, gave me exercise books and a pen to gauge* my level of English and Maths. I did the exercises in silence while the girls chatted away. On a section on identifying colours, my heart sank when I realised I didn’t have a brown colour pencil.

I had to interrupt the girls’ lively chatter to speak in English.  I pointed at a small tub of colour pencils in the middle of the table and said, “Excuse me. Can you give me… um… that colour?” I didn’t know the exact word to describe the colour so I blurted out the best and most accurate term in Malay:

“Chocolate?” the girl with thick braids asked, looking blank. “Do you mean brown?” She turned to the other girls. “Aww, Azimah said chocolate! That’s so cute! Here you go, mate!”

My ears and cheeks burned in shame, but because the classroom was cold, nobody really noticed. They resumed their cheerful chatter and continued doing their work.

Those were the first English words I spoke, and although my classmates found it amusing,  to me, this experience marked the beginning of my deep desire to learn English. And thus began my labour of love* to learn, read, write, and communicate in English.

Mural: any piece of artwork painted or applied directly on a wall or ceiling

Snapped: to say things in a sharp voice

Labour of love: a task done for pleasure 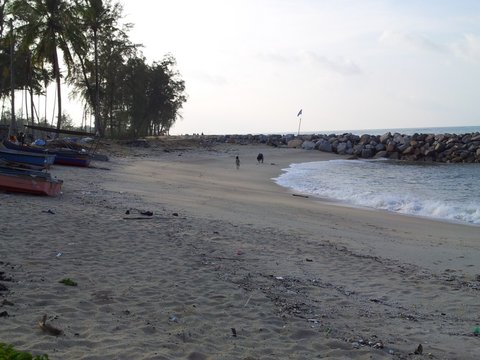 How to Introduce English to Your Children: 5 Tips for Beginners

We have a date!