Have you ever had stage fright? Here are a few tips to overcome it.

One of our subscribers wrote to us last week, telling us that she has a problem with stage fright.

If you’re wondering, “stage fright” is nervousness before or during an appearance in front of an audience. Have you ever felt that way? It’s likely we all have had these feelings whenever we’re faced with having to present or speak to a group of people. And that’s normal.

However, when your nervousness affects your ability to perform, this can be a problem.

I’m here to share with you a few tips on how to overcome stage fright.

1. Understand that what you are feeling is normal.

That knot in your stomach? Those shaking hands? Feeling sweaty? You’re not alone. Talk with someone who could be having those same feelings. If you’re getting ready for a presentation and have other colleagues who will also be presenting, talk to them. Share with them what you’re feeling. It’s likely that they’ll give you words of encouragement, or they’ll also say that they have nerves too. It will help to know that you’re not alone and hopefully make you feel better.

I wrote a blog post about this before, you can read it here. It basically talks about how fear is an emotion that leaves a physical impact on our bodies. It’s the same physical state as when we are excited. Trying to calm down would be difficult because our body is in the opposite physical state. It is anything but calm.

So instead, if you’re feeling nervous or scared before giving a speech, say to yourself, “I’m excited.” It’s easier to change your state of mind from being “fearful” to being “excited”, because your body is already in the state it would be in if you really were excited.

3. Practice in front of a few people you trust.

It’s widely known that the more you do something, the easier it gets. So if you know that you’ll be presenting in front of an audience, get your content ready in advance and practice in front of a few people you trust. Listen to their feedback and keep practicing until you get better feedback from them.

Now you may be thinking, Amnah, I don’t want to practice in front of people. Can I just practice alone in front of a mirror or something?

Well, yes, but sometimes, even if you’ve practiced a dozen times by yourself, you still can get stage fright just from the shock of seeing a bunch of people staring back at you. So if you practice in front of a few people, you would’ve gotten over that initial shock (even if just a little) and you’ll be able to better focus on your presentation.

So there you have it. A few tips to help you overcome stage fright. The next time you feel nervous for having to speak in front of an audience, try these few tips and let us know how it goes. It’s worked for me before. 🙂 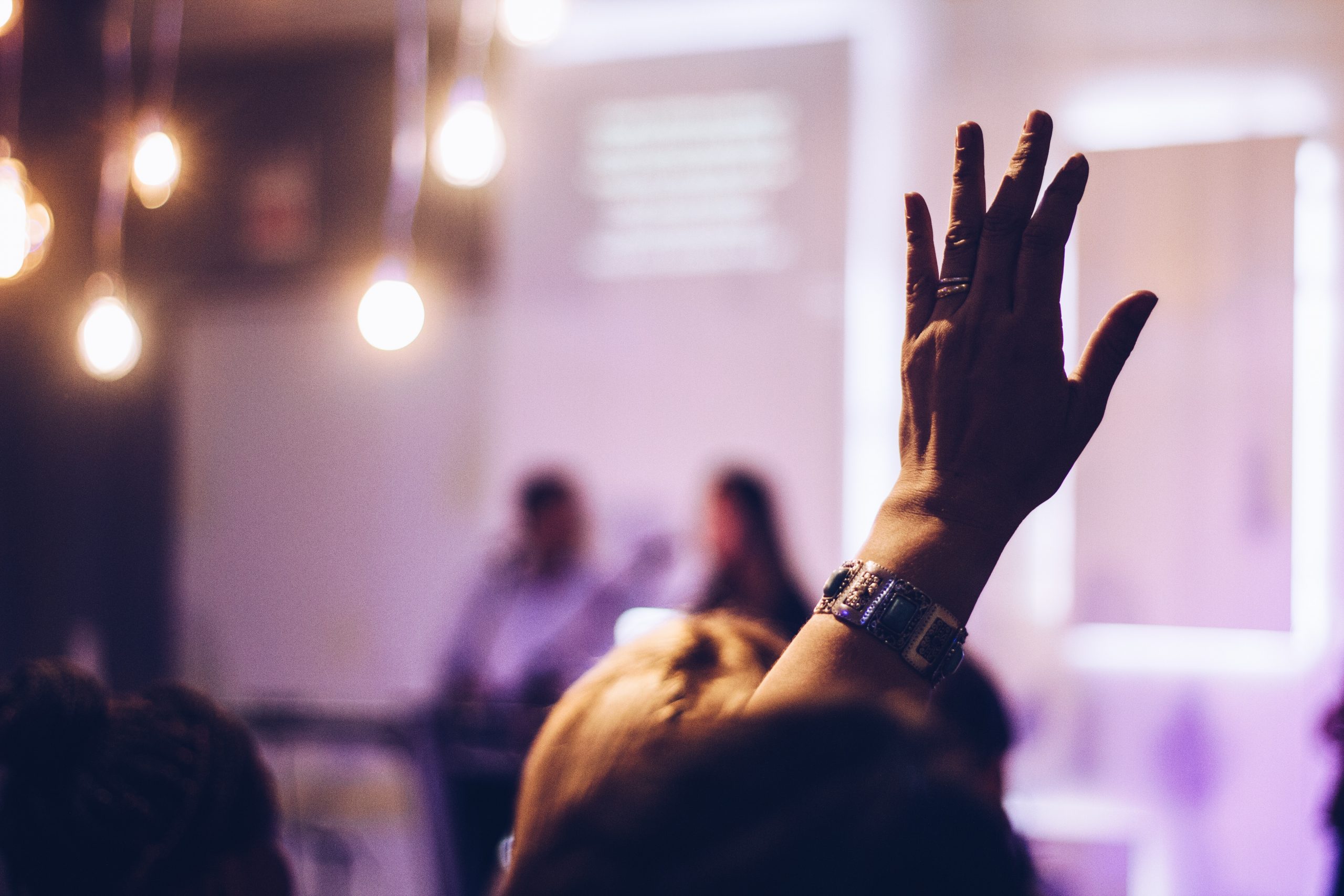 How to answer questions in your presentation