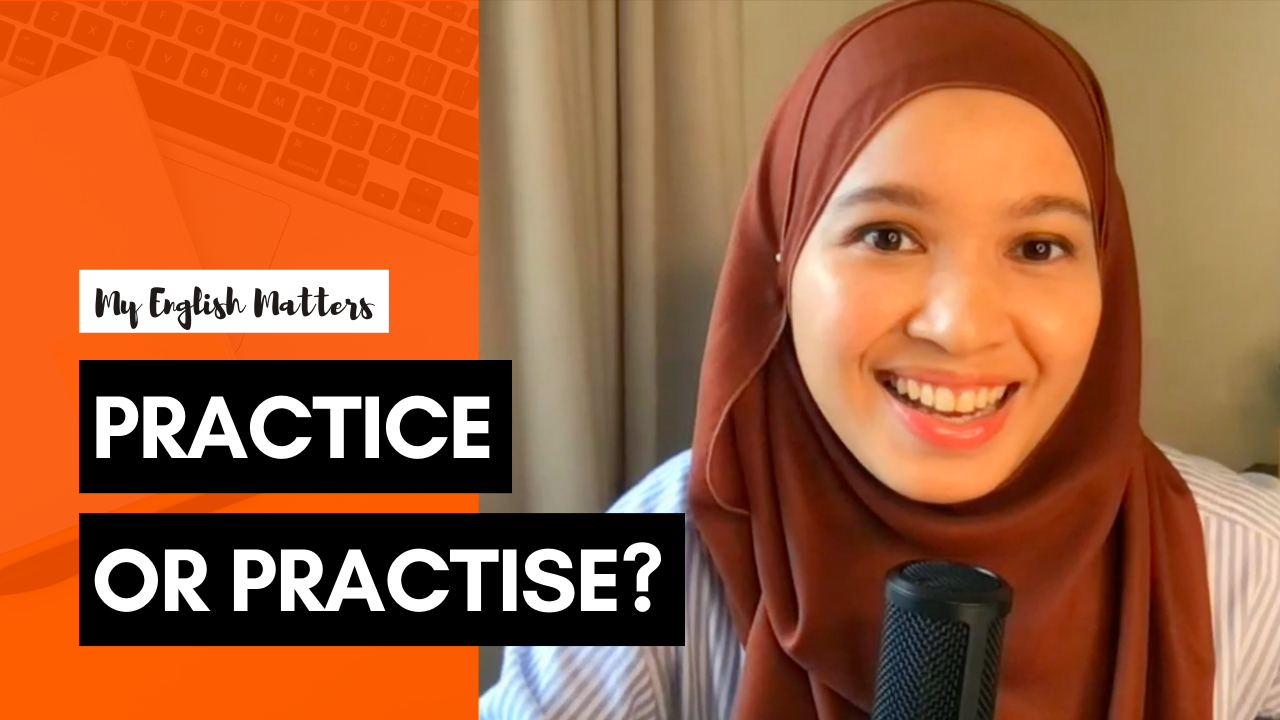 “Practice” or “Practise”? What’s the difference?

Did you know that in British English, “practice” is a noun and “practise” is a verb? In American English, they use “practice” for both the noun and the verb.

But if you’re using British English (like we do), it can get confusing.

I have to admit, even I can get confused between the two. I mean, I know the difference, but sometimes, when I’m writing, I have to double-check whether that particular word functions as a noun or a verb in my sentence to make sure I’m using the correct spelling!

Recently I found a way to determine whether I should be using “practice” or “practise” and it’s worked for me every time.

So here’s the tip:

Try using the word “preparation” instead of “practice”. If the sentence still makes sense, then “practice” is correct.

This works because “practice” is a noun, just like the word “preparation”.

Try using the verb “to prepare” instead of “practise”. If the sentence still makes sense, then “practise” is correct.

This works because “to practise” is a verb, just like “to prepare”.

I went live on our Facebook Page yesterday morning to talk about this and we also did a quiz to practise this tip. (Notice my use of “practise” in that sentence?)

Watch the replay of the live session here and try the quiz below the video! The answers are there, too (just swipe left).

We hope this tip helps and we’ll talk to you again soon!

P.S. A lot of people get confused between “practise” and “practice”. So make sure you forward this email to your friends and colleagues so they can learn, too.