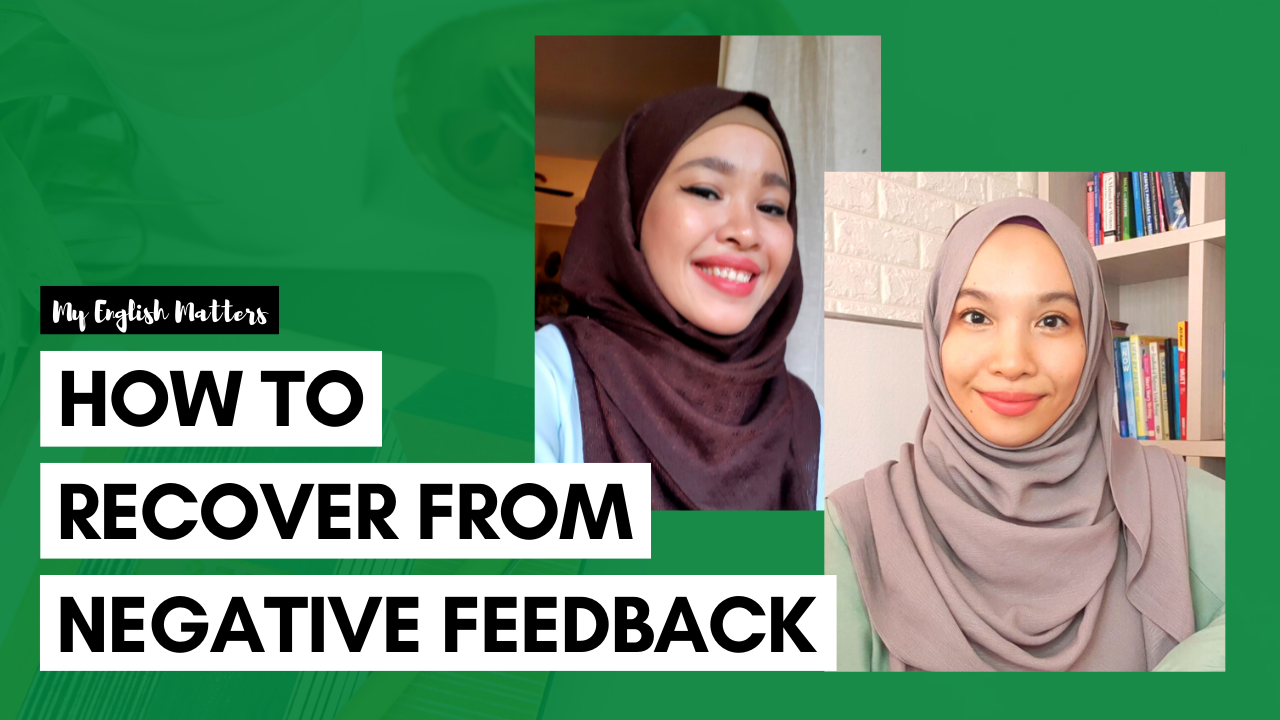 How to Recover From Negative Feedback

How do you pronounce these words: “sixth”, “preface” and “scarcity”?

If you’ve pronounced them correctly, bravo! If you didn’t, neither did I (when I first decided to use these words in my class)! After Amnah corrected me, I became more aware of these words.

Lesson learnt! (You can also learn the correct pronunciation of these words in this episode of the My English Matters podcast.)

Getting feedback can be painful, embarrassing and a blow to your ego. Nobody looks forward to receiving negative ones, so in today’s lesson, I share ways for you to develop a thicker skin — or as I describe it, wear a coat or an armour.

This is also Aisya’s debut as a podcaster. She offers her views and asks me great questions, such as:

Listen to the episode here.

Some of the things that stuck with me included Aisya’s story about a man named Damien Echols, who at the age of 18 years was put on death row (or sentenced to death) for a crime he did not commit.

He was eventually released 18 years later in 2011 due to new DNA evidence, but to this day, Echols (who is now a writer) still deals with  negative criticism from people who refuse to believe that he is innocent.

On dealing with these “haters”, Echols reminds us that there will always be people who will want to criticise us, and if we put too much energy into trying to justify ourselves to them, we allow them to control us.

He says instead of allowing them to hold us back, we must keep moving forward to fulfil our destiny and serve our purpose.

This is a fun conversation as you will also hear lessons learnt from my time as a television subtitlist and lecturer, and some more embarrassing stories. This includes a time I gave feedback about my friend’s chicken soup!

Take note of  words and expressions I included such as “unsolicited advice”, “carelessness”, “shrug it off”, “go with your gut”, and “scrap the idea”.

Listen to this episode on your commute or whilst cooking and tell us what you think!

And no matter what, keep doing work of the highest quality and be prepared to get praises and criticisms.

Whatever the reaction, do the work and keep improving!