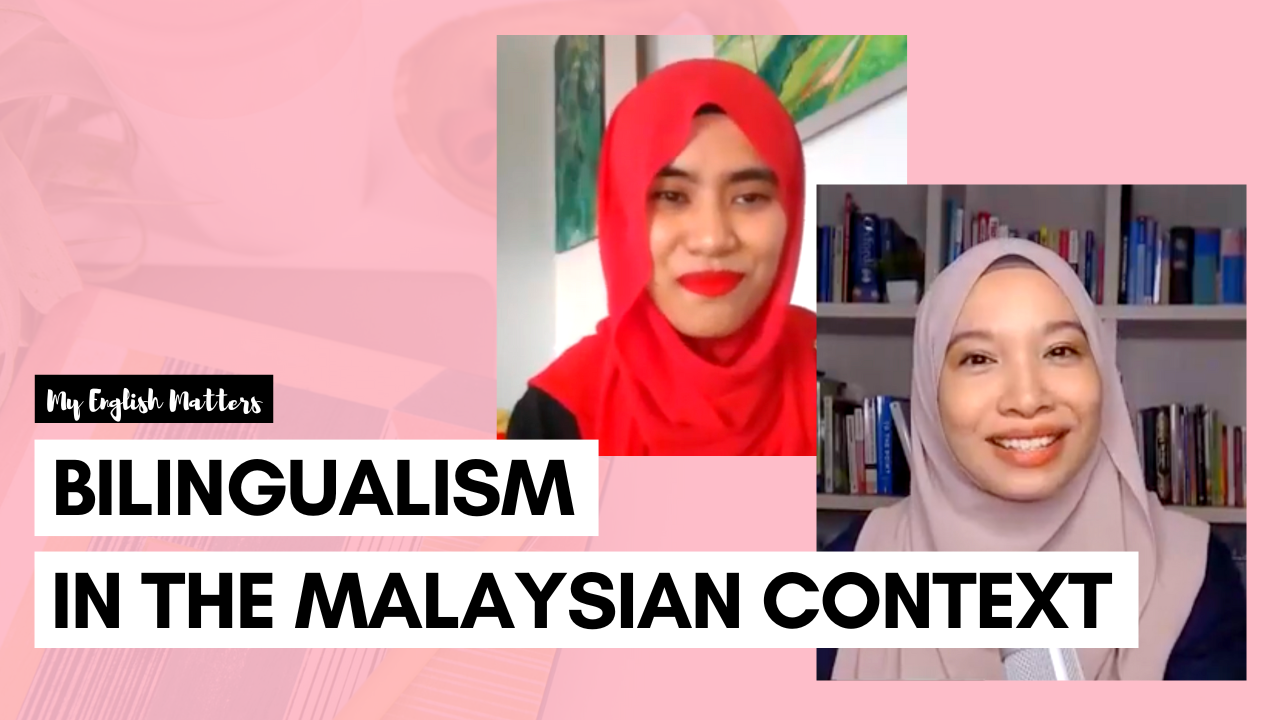 Bilingualism in the Malaysian Context

What can we learn from children who are able to master both English and their native language?

According to my guest in today’s episode, Dr Rabiah Tul Adawiyah, a researcher on child language development, children have less fear of making mistakes compared to adults. Adults, on the other hand, have a tendency to overthink, which inhibits (stops) them from getting enough speaking practice. This is one of the reasons why children surpass adults when it comes to becoming confident and active bilinguals.

As for Dr Rabiah’s findings on grammar and vocabulary among children, she found that children who spoke English at home at an earlier age (for example, since birth) tended to have a wider range of vocabulary compared to those who learnt English at a later stage in life (for example, when they were at school).

I was surprised to learn that children who came from a Malay-dominant background (exposed to Malay since birth) proved to have better English grammar.

Listen here as Dr Rabiah (or Dr Ruby, as her peers call her) explains more.

Dr Ruby also shares her observations of her own daughter who started speaking Malay in a Perak accent when she spent the first Covid lockdown in Perak, but then quickly changed to speaking English fluidly during the second lockdown at home with Dr Ruby.

I also found myself agreeing with Dr Ruby’s view on not exposing only English to children at the cost of their own ethnic language. She makes several recommendations so that our children (and ourselves too) continue to become fluent in both our ethnic language and English (or any other preferred language).

As you listen to this episode, you may hear the following words and expressions. Some of the  terms are specific to the field of linguistics, whilst some are not.

Take note of the definitions below and listen to how these words are used:

…then today’s episode can motivate you to take action and transform you into an active bilingual!

To a fluent and confident bilingual you!

Note: After this conversation, the bilingual centre (where Dr Ruby now serves as the coordinator) has since been renamed to the Child Bilingualism Unit, AbdulHamid AbuSulayman, Kulliyah of Islamic Revealed Knowledge and Human Sciences, International Islamic University of Malaysia. 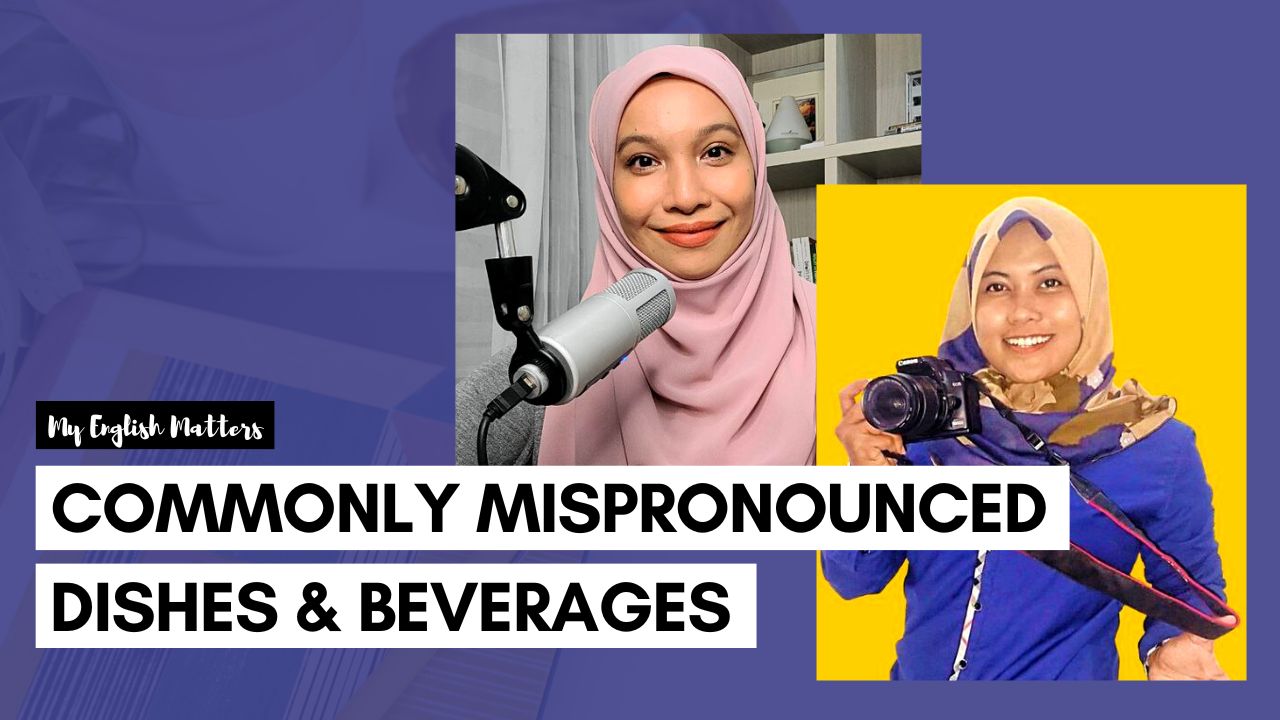 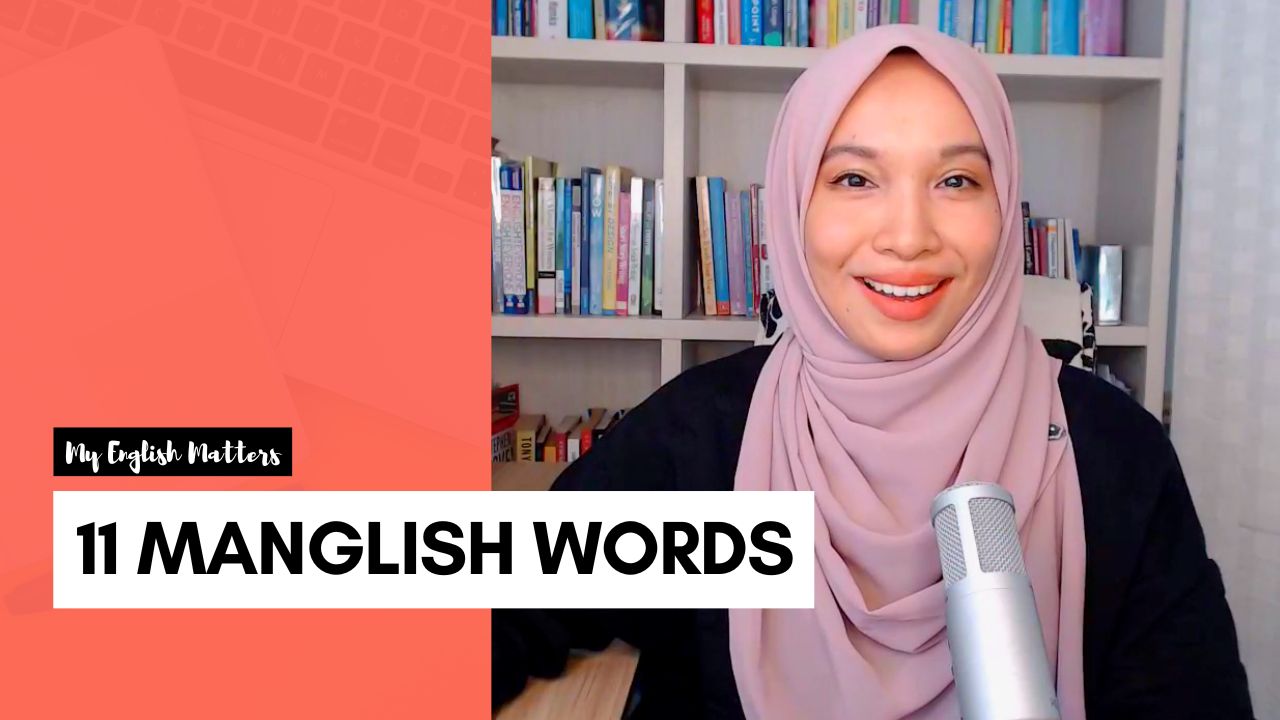 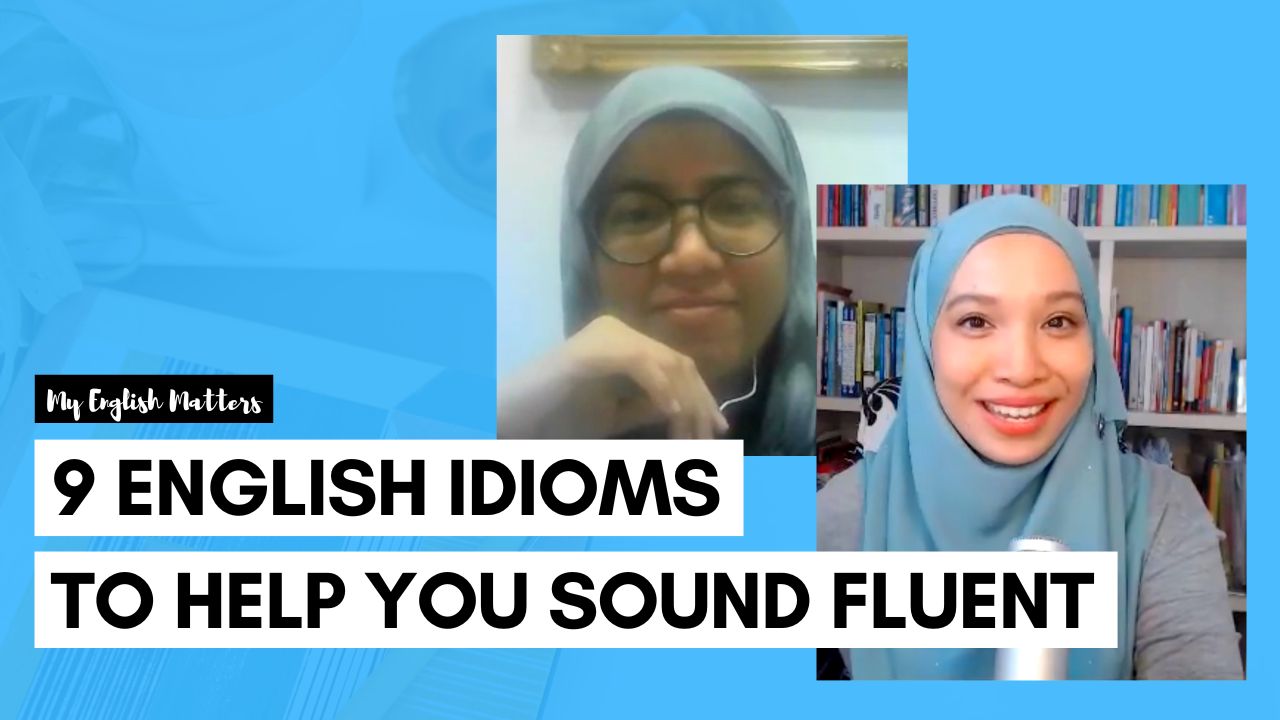 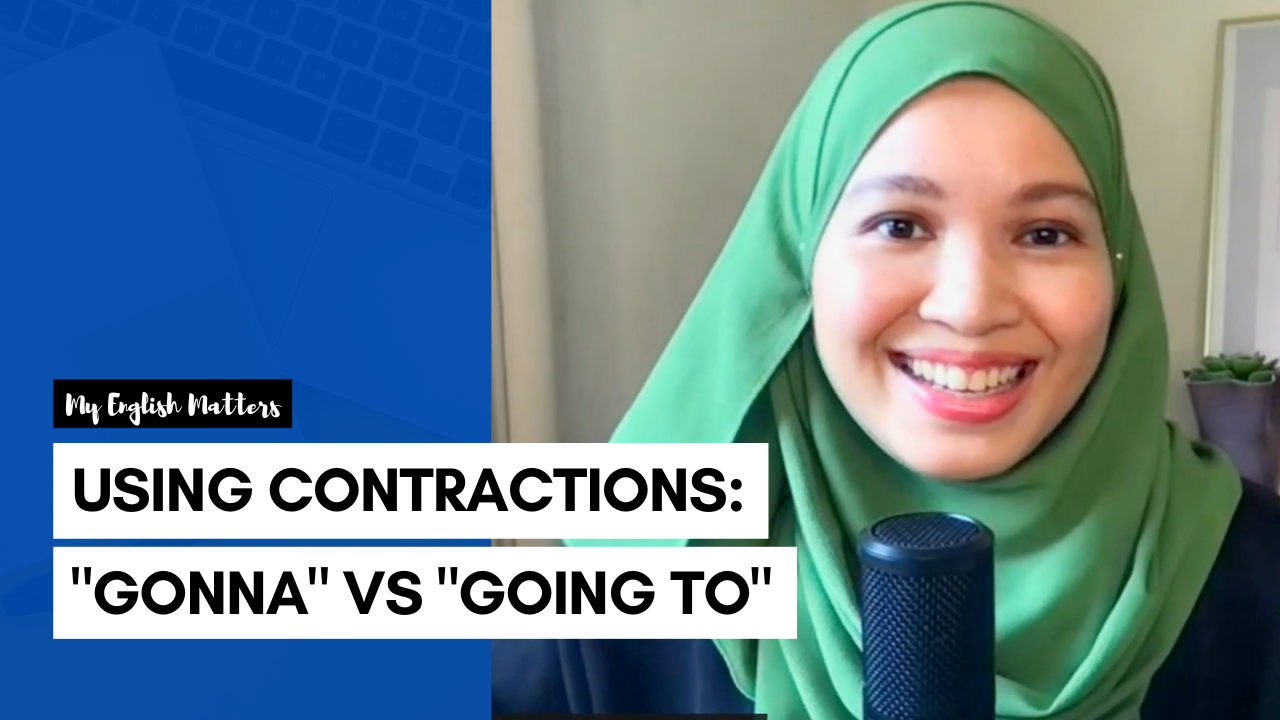 Using Contractions: “Gonna” vs “Going to” 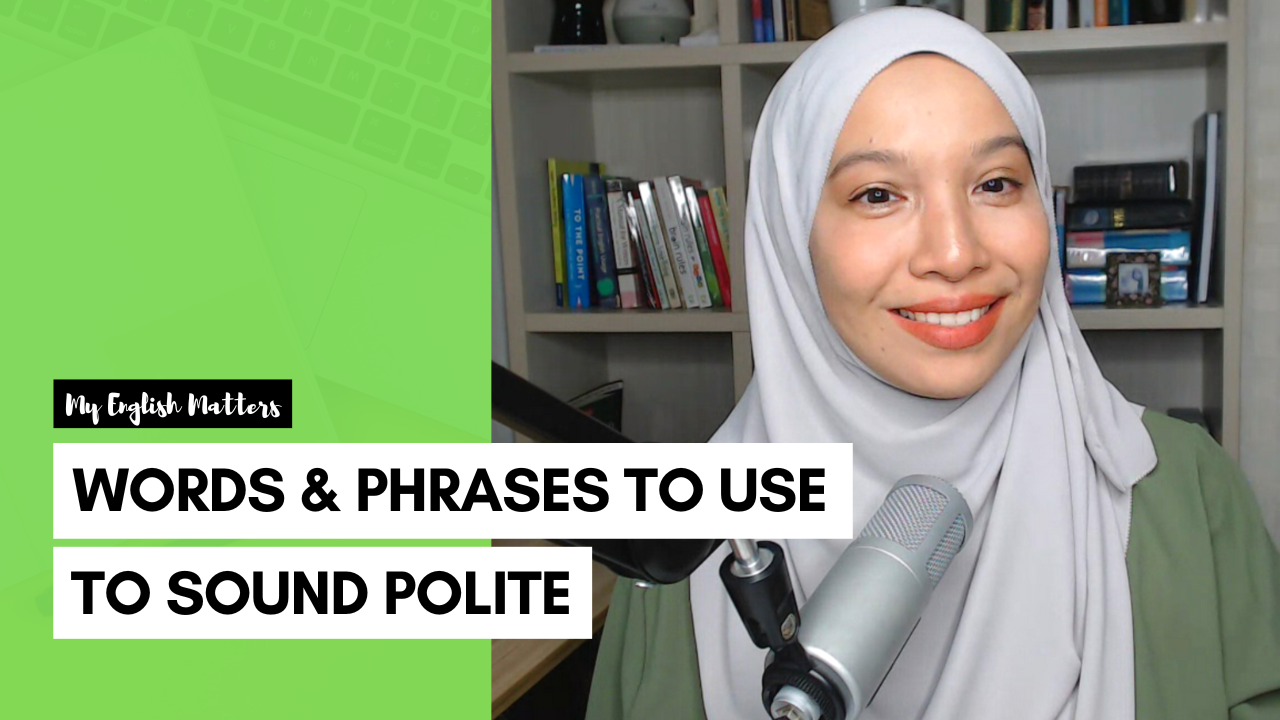 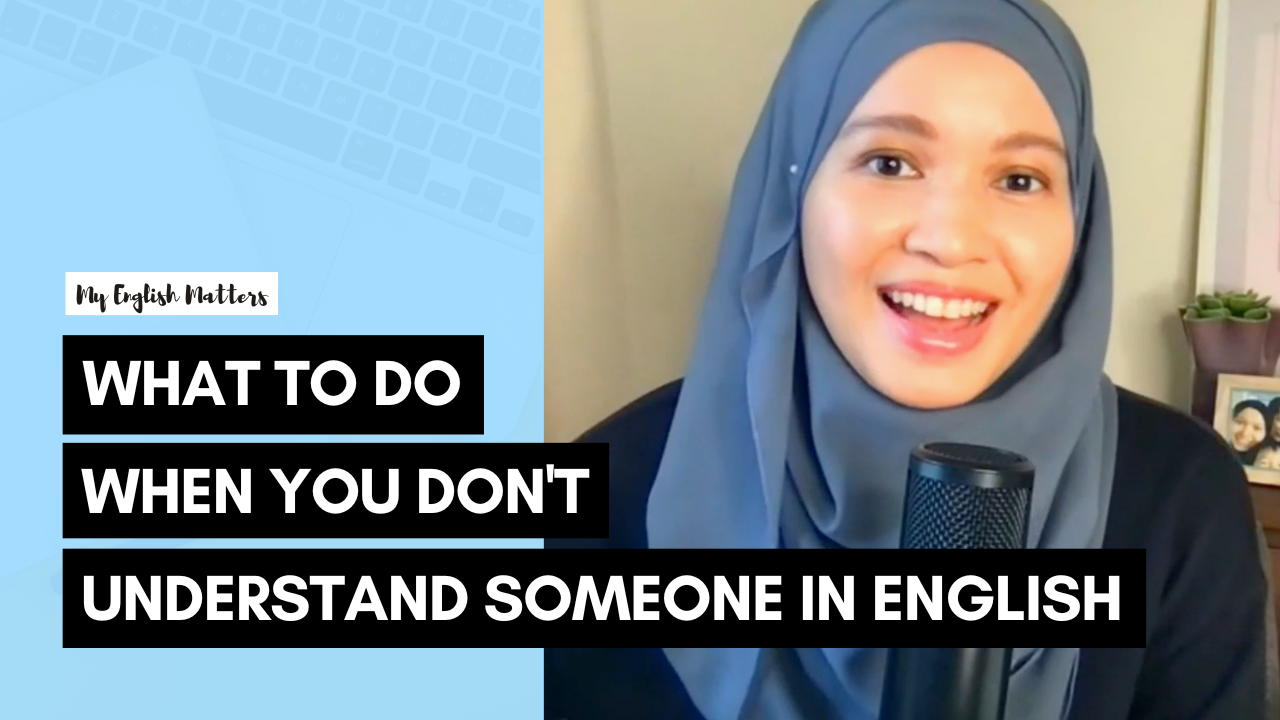 What to do when you don’t understand someone in English